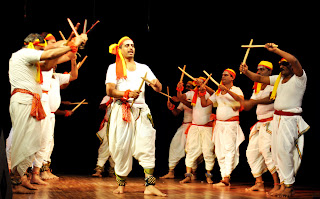 Youth who are away from their hometowns need to engage in the traditional arts and cultural activities, said Dhananjaya Kumar, Special Representative of the Government of Karnataka in New Delhi.
Inaugurating a two-day Rajyotsava Festival at Delhi's Karnataka Sangha, Kumar appreciated the efforts of Srinivasa G. Kappanna, former president of Karnataka Nataka Akademi, under whose guidance more than 140 Kannadigas in Delhi were trained in various performing arts by experts from the state. 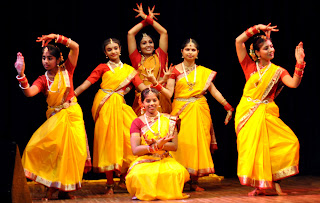 Theatre songs, Kamsale, Lambani, Kolata and other folk dances performed by these artists were acclaimed by the audience.
Dr. Purushothama Bilimale, former president of the Delhi Karnataka Sangha was felicitated for being awarded this year Rajyotsava Award by the Government of Karnataka.
The contribution of Dr. Bilimale to Kannada and his services to the community of Kannadigas in Delhi is remembered.
Veteran Advocate M. Veerappa and Sumitra Rao were awarded the 'Vishista Kannadiga -2011'by Sangha. Merit based and need based scholarships to students were also distributed .
The drama competition was held in the memory of late U.Prabhakara Rao, a famous theatre personality and founder member of 'Kannada Bharathi'. Balakrishna Naik D. who wrote and directed the drama 'Messege Bantu' got the best best drama and best director award. M.V.Venkatesh got the second best director award.
Prakash Shetty Ulepady and Avanindranath Rao received the best actor and second best actor awards respectively. N.R.Srinath and Anitha got the jury's special awards.
The highlight of the programme was the show by Guinness world records holder ventriloquist Indu Shree from Bangalore, the humor times by Prof.Krishne Gowda and Kogali Kotreshi. Singing by Premalatha, Seema Raiker, famous musician and also officers in the state government Y.K.Muddu Krishna and Muddu Mohan made for a beautiful evening.
C.S.Kedar, IAS, Resident Commissioner Vandana Gurunani,Muddu Mohan, Director, Department of Information, Government of Karnataka were the chief guests of the function.
Dr.Venkatachala Hegde, President of the Delhi Karnataka Sangha, also spoke on the occasion. Dy.Director, Information Department, S.V. Laxminarayana welcomed. Vice President of Sangha Usha Bharatadri compered the programme. General Secretary C.M.Nagaraj proposed the vote of thanks. (ANI)
ANI Report with inputs from Y. Avanindranath Rao
Posted by ಬಾನಾಡಿ at 12:31 PM No comments:

Acceptance Speech
Honourable Dr. Karan Singhji, Chairman of K.K.Birla Foundation,
Smt. Shobhana Ji- President K.K.Birla Foundation, Director Dr. Bhattacharjee and lovers of literature.
At the outset let me thank Saraswati Samman Committee for selecting my novel Mandra for the Samman of 2010.
I take this opportunity to thank my countless readers in various Indian languages who have stood by me through thick and thin.
I cannot reflect on my literature without reminiscing my life.  I was born into a very poor family in a village in Karnataka.  My mother bearing the brunt of earning and looking after the children as my father was an utterly irresponsible person.  When I was ten years old plague visited our family attacking me, my sister who was married just fifteen days earlier and my elder brother.  Both of them died within a span of one hour and somehow I survived.  After two years my mother too died of plague.  I had to continue my  education in a town four miles away from my village with free food obtained in seven houses in a week as was the tradition  those days.  When I was fourteen my sister aged four died of cholera.  When  I was fifteen, my brother died of some undiagnosed illness.   I carried his dead body on my shoulder to the cremation ground burnt it assisted by a sweeper, a government servant of the very low caste in the hierarchy.
All this experience started to bother me with the questions: what is the meaning of death?  Why do people die?  When I was studying in Mysore for my Intermediate I  met a professor of philosophy in the university and posed my problem.  He gave  me a Kannada translation of  Kathopanishad with a commentary.  I read it with great concentration but could not find the answer to my  nagging question.  Again I approached the professor and expressed my inability to understand  the teaching of Yama to Nachiketa.  The professor said
they were questions which required a systematic study of philosophy to understand and he advised me to take philosophy for my B.A.   I followed his advice and took to study of philosophy in all seriousness for the Bachelor’s and Master’s course.  I studied philosophy with total concentration for twelve years, four years as student and eight years as a teacher and researcher in the subject.  I did  my Ph.D.  in  Aesthetics,  on a comparative study of truth and beauty, and continued my research on beauty and goodness.
By this time, I realised two things: philosophy, which included all branches of knowledge in both India and ancient Greece, is now shed of cosmology, epistemology, psychology and even many questions of ethics giving place to modern astrophysics, theoretical physics, economics, sociology, experimental
psychology and jurisprudence.  So philosophy now remains a study of values.  I also realised that though the Vedas and the Upanishads form the foundation of Indian Philosophy, it is Ramayana and  Mahabharata which analysed and critically concretised our national ethos.  By this time I had written my first major novel Vamsha Vriksha.  This creative experience mingled with the understanding of how values and even disvalues of life are concretised in  Ramayana  and Mahabharata, made me realize that my vocation was not formal, dry, academic philosophy but exploration of human experience through the medium of imagination, that is literature. Since I started writing and until now the general atmosphere in the country has been making demand on creative writers to subserve  literature to the cause of change, modernity and amelioration of the downtrodden.   Having  had a background of philosophy, that too axiology i.e., study of values, I have much
sympathy with these expectations.  But  I consider it is a disservice to both the values if one is made subservient to the other.  Not that  literature is against change, modernity or amelioration, but it should maintain its identity and freedom. 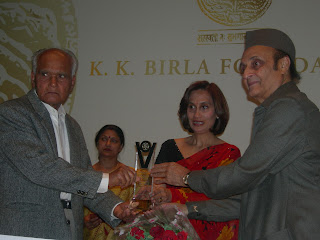 Literature itself is a vast, possibly the widest field in which all the values of life can be explored than in any other intellectual activity; in it the demands of political parties and social activists  are also accommodated but with a higher vision and more inclusive critical analysis.  The ameliorists and activists try to constrict the aim of creative writing to what they consider the most important to the present and pressurise the writer to write only in the way they think the best.  They attack the writers who do not fall in line as bourgeous and rightists.  They do not realise that social issues change every couple of decades and the literature restricting itself to these issues become obsolete.  Throughout I stood firm and maintained my creative and intellectual freedom.
I am glad that of my recent novels, Mandra is selected for Saraswati Samman.  I have tried to explore the relation between art and other values of life through a musician, his surroundings and persons who come in interactive contact with him. Throughout the novel music itself is the main character.  I chose music as the principal motif because it is the purest and, therefore, the most raw and powerful medium  when compared to other arts like painting, sculpture and literature.  It moves through all the basic and mixed rasas ranging from the depth of Mandra to the height of Taarataara.  Mandra is a state of total inwardness, i.e., meditation.
S.L.Bhyrappa 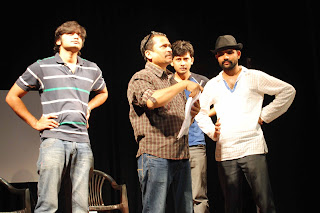 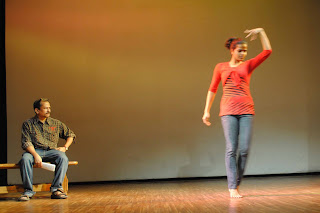 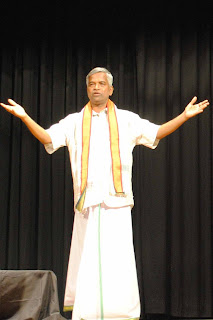 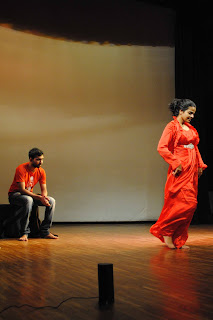 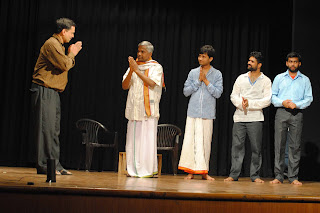 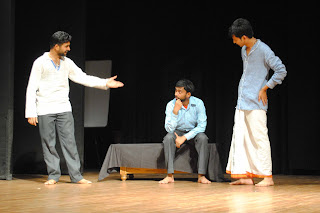 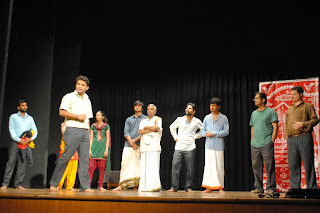 Posted by ಬಾನಾಡಿ at 6:25 AM No comments: 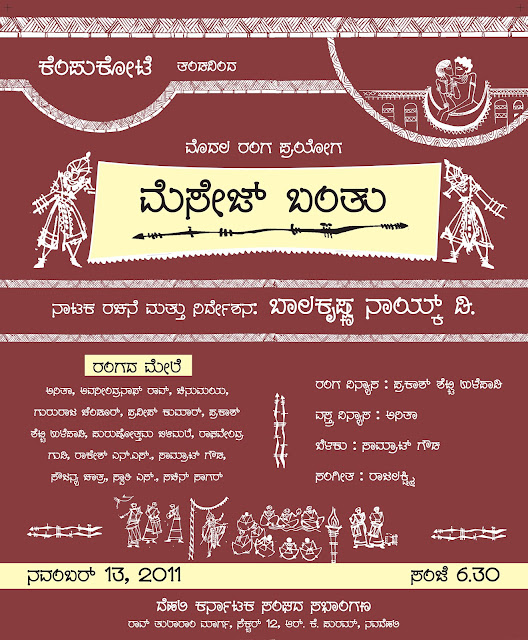 
Abdul Rashid, a programme executive in Madikeri Akashwni (Radio Station) participated in Asia Pacific Broadcasting Union (ABU) international convention held  in New Delhi from November 2 to 3, 2011.
There were 58 countries represented here through their representatives working in Radio and Television mass media. Rashid presented his views on what listeners want from local Radio Centre where he works.
In Madikeri Rashid conducts Kaveri Express programme and rural Akshvani items, which are gaining popularity, steadily.
Rashid has worked in Mangalore, Shillong (Assam), Mysore and Gulbarga centres in Karnataka. He has been to Ireland near UK, to produce a documentary (Radio) aided by England’s Thomsan Foundation.
He is also the person behind popular Kannada portal Kendasampige.
Posted by ಬಾನಾಡಿ at 1:16 PM No comments: 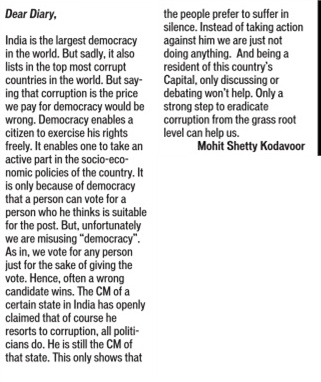 Posted by ಬಾನಾಡಿ at 6:33 AM No comments:

Email ThisBlogThis!Share to TwitterShare to FacebookShare to Pinterest
Labels: Clippings 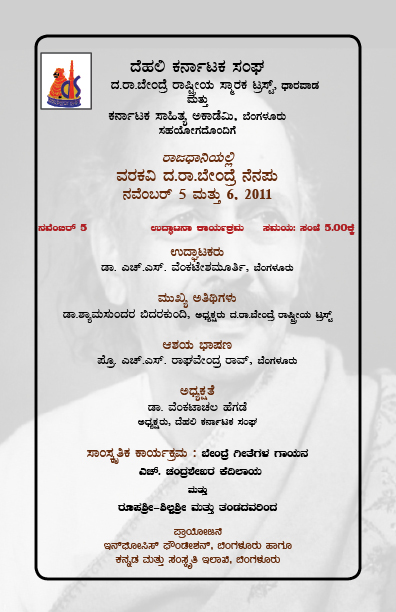 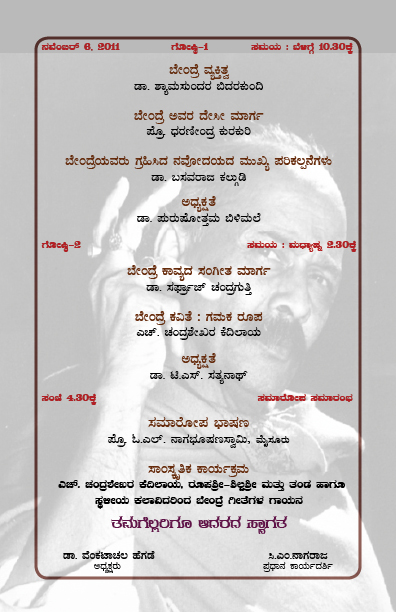 Posted by ಬಾನಾಡಿ at 6:29 AM No comments: 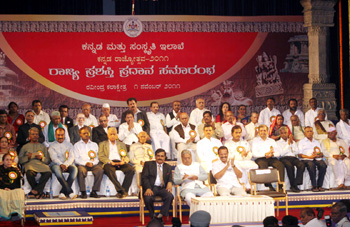 Posted by ಬಾನಾಡಿ at 7:50 AM No comments: